There are two types of public transport in the city of Salzburg: bus and trolley bus. There is no subway or tram here.The numbers of bus and trolleybus lines are not duplicated, so there is no need to ask what kind of transportation No. 1, for example. A large share of the routes belongs to trolleybuses, whose lines already go far beyond the city.

Both kinds of transport have a standard ticket. To get from point A to point B, you will need only one ticket (a one-hour ticket), even if you have to change the lines. Salzburg is a relatively small town, and it takes no longer than one hour to go through it.

Tickets for public transport in Salzburg are sold (prices 2022):

After buying a ticket at the ticket office or vending machine, it needs to be composted. Unfortunately, control happens often; the penalty for a stowaway is 85 euros!

The fare can be a ticket to a concert, football or hockey matches, an invitation to an exhibition at the Messezentrum on the day of the event, or attending courses three hours before the start. For children under the age of 6 no ticket need.

By purchasing a tourist Salzburg Card, you can use all public transport for free. But it is essential to write the date and time of the start of use on it with a pen before boarding.

S-Bahn train lines run from Salzburg to the suburbs. In addition, you can get to the nearest cities, including Freilassing and Berchtesgaden (Germany).

Also, POSTBUS is engaged in suburban transportation (see the schedule). The central POSTBUS bus station is located at the Salzburg Hauptbahnhof Train Station.

The two most important transport hubs in Salzburg, where most urban transport lines intersect: are Mirabellplatz and Ferdinand, Hanusch Platz. 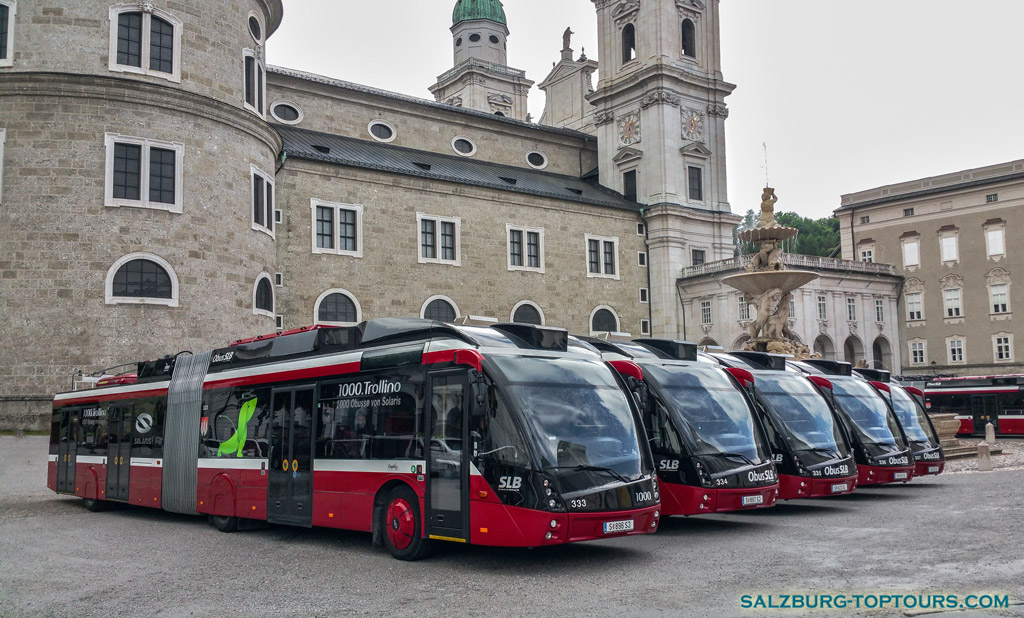