The feast of May 1 is known all over the world as Workers' Solidarity Day. But long before the appearance of trade unions on April 30 in ancient Europe, it was customary to triple the processions of mummers who, with the noise of pipes, bells, and rattles, drove away evil spirits on the so-called Walpurgis Night. Some folks also raised the trunk of a century-old tree as a symbol of fertility and the onset of summer. The tradition of installing a maypole is common in many European countries: the Czech Republic, Slovakia, Poland, Austria, and some German lands. 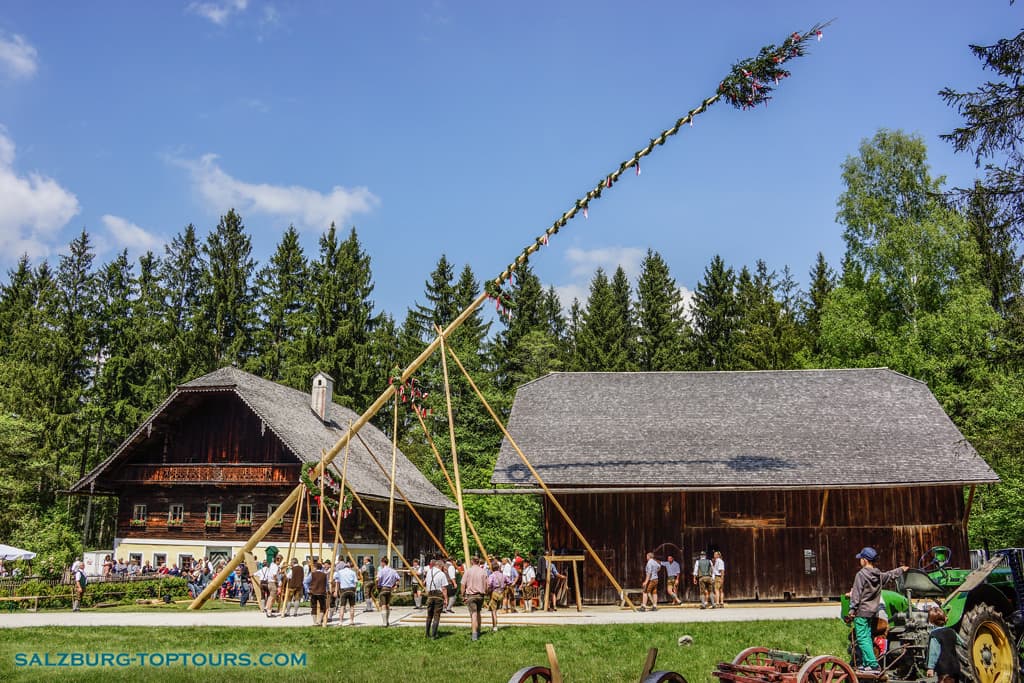 Depending on the country and region, the tradition has its differences. As a rule, the trunk of a spruce tree is taken, from which the bark is peeled off, leaving only the green crown. On the eve of the 2-3 ton trunk is brought to the center of the village on a tractor. They decorate the green crown with a wreath of pine needles, colored summers, and freshly baked pretzels. Then the installation begins, lasting about 2-3 hours, depending on the size of the tree and the number of participants. 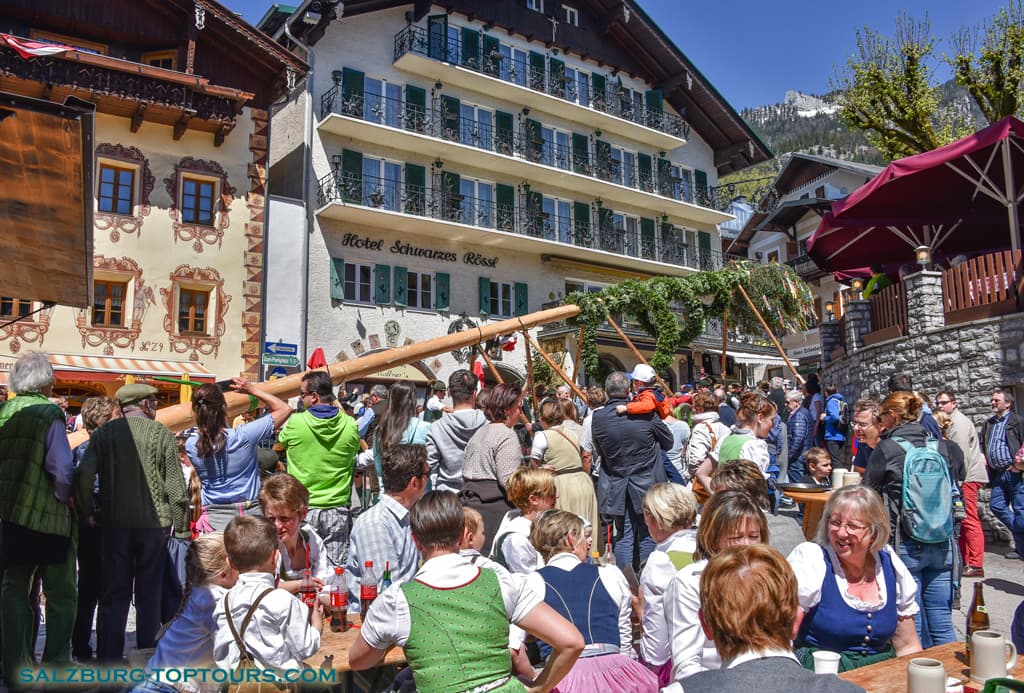 In some lands of Austria, only unmarried guys are engaged in installation to demonstrate their strength to girls in this way. There is also a tradition of stealing a maypole to get a ransom in the form of treats and drinks. Or even to cut down or file a heavy trunk, which the police strictly forbid these days under the threat of hefty fines. 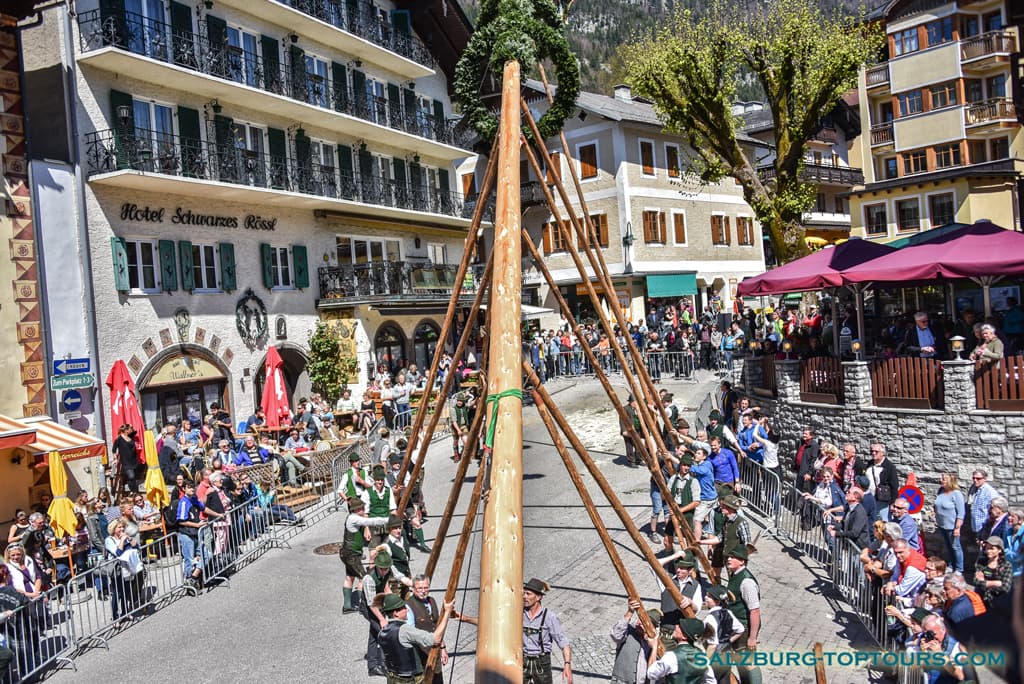 During the raising, the visitors listen to folk music, drink beer and lemonades, and eat simple but hearty dishes: sausages, grilled chicken, and tortillas with sauerkraut. The feast, as a rule, begins at lunchtime so that in the late afternoon, when the Maypole takes a vertical position and is securely fixed, different tournaments begin around the tree. Finally, young people climb on the smooth trunk of a maypole at speed to reach the gifts from above: bread or sausages. 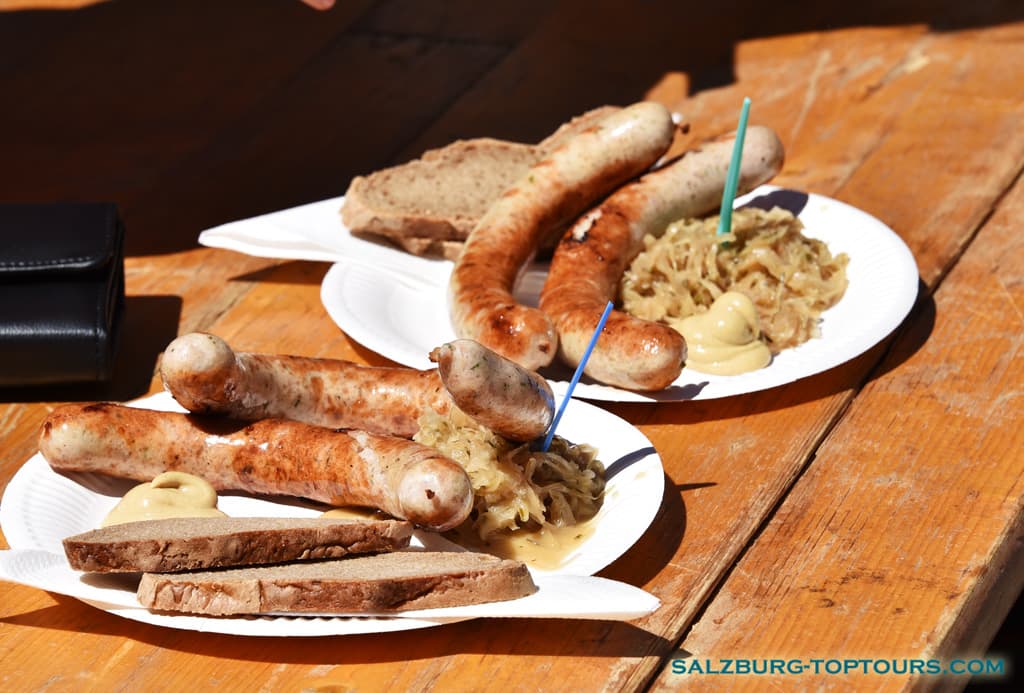 Raising the Maypole is a living tradition, which I will be glad to introduce you to on my excursions around Salzburg in the first week of May. 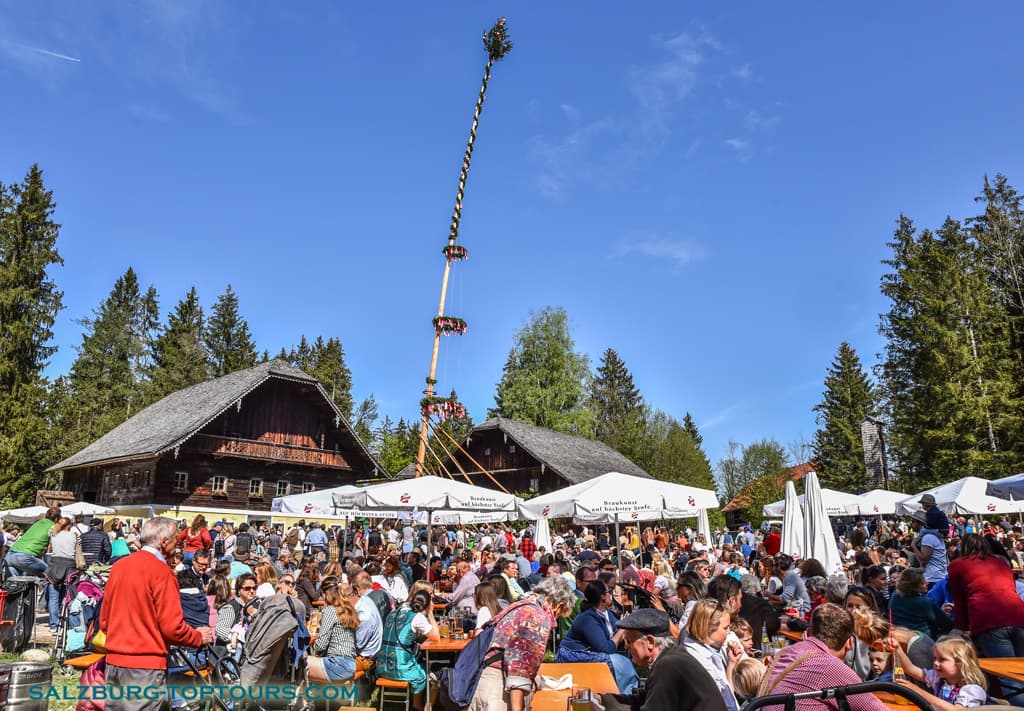 May 1 is a public holiday and a day off in Austria. 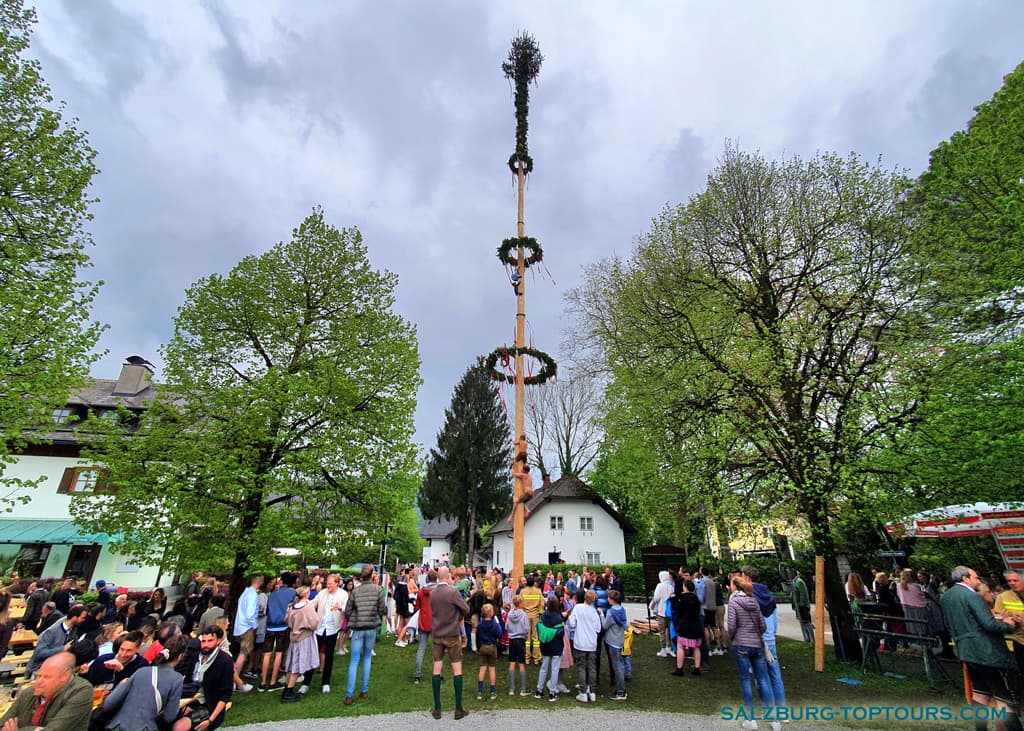